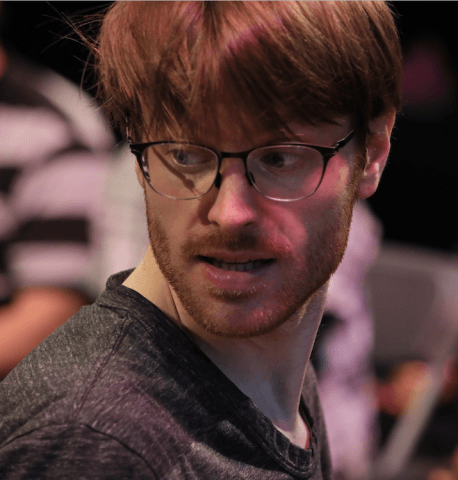 I am a writer and director based in London. I was the winner of the 2015 Genesis Future Directors Award at the Young Vic, and directed Man: 3 Plays by Tennessee Williams which sold out the Clare theatre. I then held the 2015 Lina Bo Bardi Fellowship, appointed by the British Council and Sesc São Paulo, and in 2016 began collaborating with opera singer Lucia Lucas in Germany and the UK with support from the Artists’ International Development Fund, as well as creating a new opera as librettist and director through the Music Theatre Creation Lab at Helsinki Festival. Previously, through my producing company, Oedipa, I libretto-wrote and directed a sold-out run of a new opera about depression, funded by The Wellcome Trust and ACE. In 2014 I also wrote, directed and designed a new music theatre work for the London Sinfonietta with composer Gavin Higgins, and in 2014-15 I was a director/librettist on the Jerwood Opera Writing Programme at Snape Maltings.

I am now creating a new participatory opera with Santa Bušs and a group of adults with communication disabilities for Les Théâtres de la Ville de Luxembourg, and a new opera about queer history supported by the Royal Opera House. I am also working on a new musical supported by Bristol Old Vic.

I have been assistant director to Artistic Director of the Royal Danish Opera, John Fulljames, and associate director to Stephen Daldry and Julian Webber.