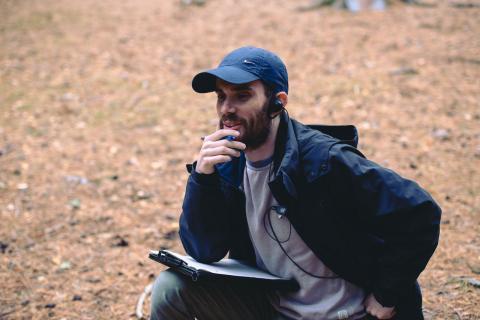 I’m a director and practitioner from Manchester, based in London. I direct new writing and devised pieces and work with music, movement and lyricism, increasingly making work within an access aesthetic.

I received the Runner Up Award for the JMK Award in 2017 for a proposal of debbie tucker green’s random with producer Tobi Kyeremateng and am a 2019 Finalist for the Genesis Future Directors Award at the Young Vic.

Director, At Any One Time Other Than This, You Would Be My Friend, Written by Titilola Dawudu, made in an access aesthetic, Ovalhouse, June ‘19

Assistant directing placements at LAMDA with: