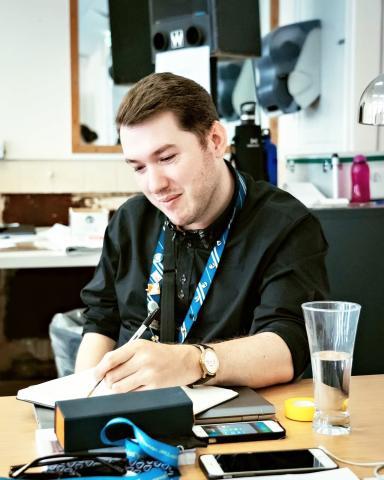 John is a text-based director living between York and Leeds. He is Artistic Associate at York Theatre Royal and the tenth recipient of the Genesis Future Directors Award at the Young Vic. He directed a production of Winter by Jon Fosse in the Clare Studio in February 2018.

He is currently undertaking research into new work and touring companies as part of Arts Council England’s Developing Your Creative Practice.