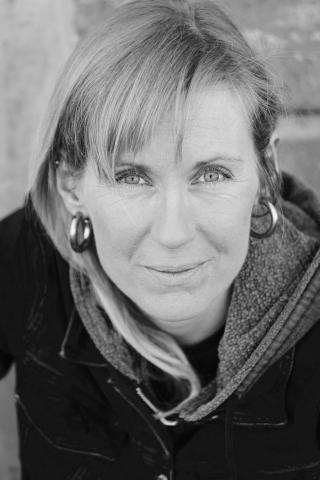 I (she/her) am a Polish - British theatre director , dramaturg and performer who have worked in both countries as an independent artist and in collaboration with theatre companies and venues such as Wildworks, Powszechny Theatre, Theatre Institute in Warsaw, National Theatre Studio, Soho Theatre, Circomedia, Hall For Cornwall and Theatre Bristol.

In my practice I am particularly interested in subjects of identity, social change and personal stories in relation to society. I use a variety of forms including participatory and performative theatre exploring the boundaries of traditional drama and play. I usually work with devising and improvisation techniques, often examining deconstruction and non-linear approach to performance.

I am an Associate Artist at Hall For Cornwall and work as a lecturer at Falmouth University. In 2008 I was nominated to the Arts Foundation Award for Young Theatre Directors.

DIRECTOR, 'Diably' (Devils), based on motifs from Mother Joan of Angels by J. Iwaszkiewicz, dramaturgy: J. Wichowska; Teatr Powszechny, Warsaw, Poland; length of run - it is in rep and is ongoing (both live and online); premiere: 2019

DIRECTOR 'Mefisto' (Mephisto), inspired by K. Mann’s novel and a film by I. Szabo Mephisto, dramaturgy J. Wichowska; Teatr Powszechny, Warsaw, Poland; length of run - it is in rep and is ongoing; premiere: 2017